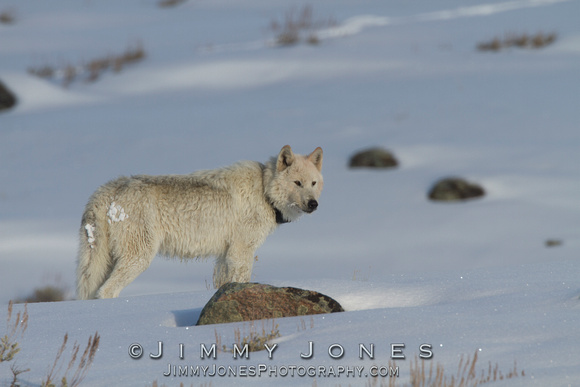 For those of you who follow the wolves in Yellowstone:

Earlier this week 471F the nine year old female Agate Creek matriarch was found dead. Apparently killed by other wolves, most likely Mollies. I don't know at this time if she was pregnant or not but she had mated in February. It was hoped that she, along with a black female yearling would have pups this spring and rebuild the Agate pack that had dwindled down to just these two wolves. I was fortunate to have seen her up close this past winter and got some shots. She is just the latest wolf to be killed by the large Mollie pack in the last year, they are nineteen wolves strong.

Update: It has been reported that 471F was indeed pregnant at the time she died.