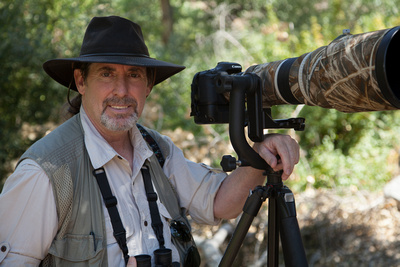 I was born and raised just outside of

Baltimore, Maryland.  Ever since I was a

boy, I have always loved nature.  Whenever

I could, I would be in the woods with my

My favorite animal has always been the Gray Wolf, ( except for Rusty )...  When I

was a kid, I painted a wolf paw print on the chain guard of my bicycle and

had many interests.  I started playing the drums when I was thirteen.  I got

wasn't new,  and I had to fix it myself, but that was fine with me

because I grew up around a garage and loved fixing cars.  Believe me, if

it was on that car, at one point or another, I had to fix it.  My mechanical

skills led me into the automotive business.  For over fifty years I

have worked on everything from your average car, to school buses, heavy

at a major Toyota dealership

In all that time though, there were three things I had always hoped to do

some day, and they were;  fly airplanes, scuba dive ( from watching Sea

Hunt ), and photography.  Today I am a Private Pilot and  Photographer.

For many years I always had the little cheap 110's and such, but I never

had a 35mm SLR.  I remember long ago my youngest sister bought a

Canon AE1 and was taking a photography course.  One day she took a

candid photo of my daughter with the blurred background and I thought,

wow, that's what a real camera can do!  Unfortunatly many years

passed before I finally got around to getting a 35mm SLR.  Even then it

wasn't until the Canon 10D came out that I got serious about photography.

together and launch my passion for photography.  I only wish I had done it

sooner.  I have always been very eclectic, but photography has really

Some of my publishing credits include:

Diversity... Other publications include numerous conservation groups and

organizations throughout the US and Europe, in addition to book and magazine

publications in the US, Germany, Australia, and the UK.

Nature Photography is much more than taking pictures.  Its' novelty never

wears off.  Every time I venture out, I feel the excitement of the possibilities.

Some may think, how can you sit out there for hours on end, don't you get

board?  To me it's the thrill of the hunt without the regret.  You never know

what your going to see, plus what you do see, you get to bring back with

you!  I always think about the blank c/f card I start out with, and wonder

what will be on it at the end of the day.  It's that "not knowing" that keeps it

exciting!  Even when I don't come back with anything, the time I spend out

in nature, is priceless.  I realize I'm alive when I'm in nature.  To know

something, and to realize something, are two different things.  Not to

mention the fact, you learn something every time you go out, no matter

what you bring back.

" I think perhaps one of the greatest gifts God gave us, is our ignorance

In this modern world, wildlife and nature is a distant reality for most people. With

the technological explosion of the 20th century, only a small percent of the

population actually gets out into nature to see it's beauty. I hope to help bring the

natural world closer to some, through my photography.

The more people see nature, the more they'll want to preserve it.

Get out there and Embrace Nature!