Go to my Blog  for other behind the scenes reports of my treks into the field. 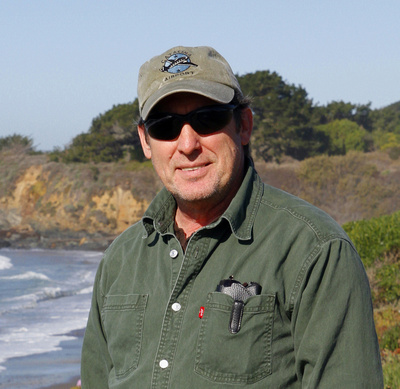 It has been a harsh winter with heavy snow levels and extreme cold temps. The demographics of  wolves in

the northern range has drastically changed from just a few years ago. I expected wolf

sightings to be few and far away, and they where. With that said it was still a good trip.

This was the year of the fox! The reports of fox sightings being up this year proved to be true.

Canyon about half way through. It was  sleeping in a curled up ball.

This little guy didn't mind the attention at all. In fact he slept

until he was good and ready to get up. When he did get up, he did in

one quick jump to dive in the snow to catch a vole for breakfast. I

don't know that anyone got the shot. There was a lot of drats going

on!  Including from me!

The second sighting was in the Lamar Valley south of the Institute. 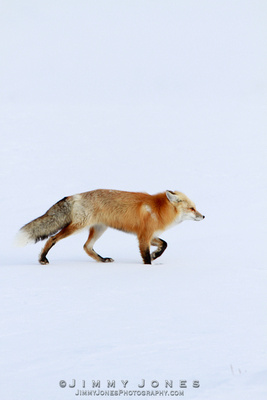 It was working it's way east and we were heading west. We

Institute. It was walking into a strong headwind. It amazes me how

the winter coats of all these animals keeps them warm. The temps

in winter get extreamly cold, and then add wind, and it can become

unbearable. The coldest temp we encountered was -43 degrees f.

The third sighting was also on the north side of the Lamar Canyon,

east end. This fox was also sleeping, but was up on a knob

in snow. However when it  decided to get up,

it gave us a real treat. It pranced around for a good

while, providing a variety of poses and backgrounds.

kill just about 150yds. west of where we were.

It was reported two coyotes had been feeding on it. There were no wolves in the vacinity, and

the Lamar Canyon wolves had just fed on a kill in Little America. This gave other critters

such as coyotes, fox, and eagles a chance to feed. 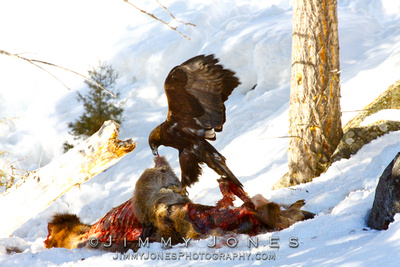 This carcass lasted for almost a week. It was about

60yds from the road on the north side. This gave a good

opportunity for a variety of wildlife shots. While

providing much needed food for all.

The Big Horn north of the confluence of the Lamar River

and Soda Bute Creek put on a good show for some closeup shots. Finding grass is difficult 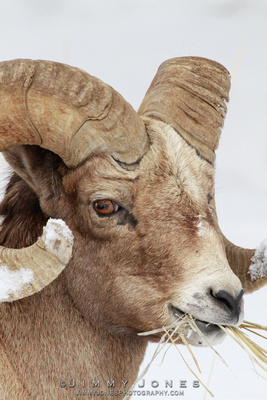 for all the grazers, with the heavy snow, they have to dig through

and plow it away.

The snowfall this season may have some devastating results

this spring. Many elk and bison have left the park in search for

who left may never  return. Other bison in

the interior parts of the park may fall

ground. I think the bears will have a feast with winter killed bison

and elk this spring.